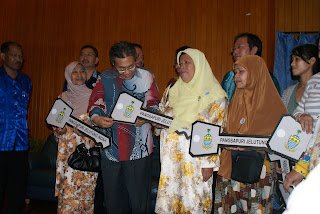 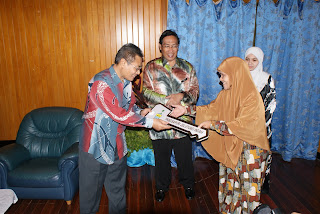 NINETEEN families staying in temporary longhouses in Kampung Pisang Awak, Jelutong have been given another three months to accept offers of housing from the state government and move out.

The Kampung Pisang Awak squatter issue is a long-standing one – since the squatters were relocated to the temporary longhouses in 2004 to make way for the Jelutong Indah Apartment project.

The low-cost apartment project, which commenced in 2006, consists of the construction of an 11-storey apartment block of 152 units, a community hall, car park and management room.

About 80 families were relocated from the project site, but not all were offered housing units as some already owned houses elsewhere.

In 2006, 27 households received compensation, either in cash, discounted housing or a free unit at the project.

Despite this, the issue continued to drag on with no resolution in sight until Penang Deputy Chief Minister I Mansor Othman set up the Kampung Pisang Awak Housing Project Phase 1 technical committee to look into the issue.

Now, eight of the 27 families have agreed to accept compensation offered by the state government and move out of the temporary longhouses.

"We will demolish the longhouses soon, and we want them to accept the compensation we are offering," he said.

Mansor claimed that some of the families had been instigated by certain quarters to refuse compensation and to demand free housing instead.

"We are only able to offer free housing units to those eligible – those who are original owners of the houses in Kampung Pisang Awak," he said, adding that people who already have houses elsewhere will not be eligible for a free unit.

"We have different compensation packages for tenants, depending on how many years they had been staying there."

Of the 27 households involved, only three were eligible for a free low-cost unit, eight were offered cash compensation of between RM20,000 and RM25,000, and the rest discounted prices for the low-cost units.